Chocolate’s Dark History – and the importance of Transparent, Direct Trade 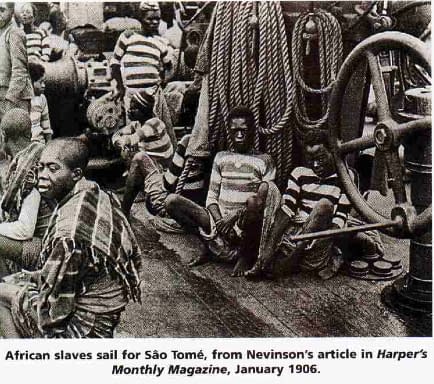 Craft Chocolate provides an amazing insight into flavour and is truly one of the most “affordable” luxuries to savour.  At the same time there is a darker history to chocolate’s affordability that shouldn’t be ignored, least of all in today’s troubling times.

By treating chocolate as a mere commodity and by buying chocolate snacks primarily off price, we are perpetuating the problems created by chocolate’s colonial and culinary history over the last 500 years.

It’s our responsibility NOW to move away from commodity cocoa, stop focusing on paying the lowest possible price, start to pay attention to farmers’ working conditions (including child labour) and wake up to the the damage being done to the environment by “slash and burn” cocoa farming.

Chocolate needs to be enjoyed for the extraordinary variety of flavours, tastes and textures it can create.  We need to think of it as on a par with fine wines, speciality coffee and other artisanal products.  That way we can start to justify (marginally) higher prices for our “affordable” luxury.  We need to be transparent about what we pay cocoa farmers, and pay them enough so that they can protect our rain forests and their families. Craft Chocolate, that is directly traded with transparency, really does matter for all of us.

THE CONQUEST OF EUROPEAN TASTE AND EMERGENCE OF CHOCOLATE BARS

Within a couple of decades of its presentation by Columbus to the Court of Ferdinand and Isabella, chocolate became a high status, and highly coveted, drink.  As demand in the royal and aristocratic courts grew, a crisis of supply erupted. The conquistadors brought with them diseases which killed off up to 90% of the peoples living in cocoa’s homeland of central America.  It became harder and harder to source cocoa from local farmers and so “forced labour” became the norm. During the 17th and 18th century other colonial powers, especially Portugal, England, France and the Dutch, transplanted cocoa trees to new locales to protect their cocoa supplies.  And as cocoa was grown in colonies such as Brazil, the Caribbean, the Philippines and Indonesia, forced labour (i.e. slavery) was increasingly used.

In the late 19th century, thanks to innovations like the cocoa press and conche, the world moved from drinking to eating chocolate (bars).  This move to eating chocolate vastly increased cocoa demand with a far broader consumer base.  Brands were built promising “affordable” luxury for everyone, not just the aristocracy.  Core to these brands were low price and consistent taste.  Cocoa was on it’s way to becoming a commodity ingredient and the chocolate bar a commodity product.

To supply cocoa as a ”commodity ingredient” new sources of cocoa supply were sought.  The rain forests of West Africa, starting with the tiny Portugese controlled islands of Sao Tome and Principe, proved particularly suitable for cocoa cultivation.  However again attracting workers wasn’t simple.  And despite having banned slavery, Portugese landowners developed forms of “indentured labour” (aka slavery) to provide the workforce.

So at the same time Cadbury was developing idyllic factory villages around Bournville, over half the chocolate being made in these factories was made from cocoa grown in plantations using slave labour. And this did not go unnoticed. In 1906 Joseph Nevinson wrote a series of explosive articles about these abuses resulting in a series of disastrous court cases for Cadbury and a move to boycott all cocoa sourced from Sao Tome.

The upshot was that in the 1910s Cadburys (and most other chocolate companies) moved their sourcing to the Gold Coast (which became modern day Ghana and Cote D’Ivoire). And the “commoditization” of cocoa increased further. All the European colonial powers imposed high tariffs on manufactured products to encourage the supply of commodity crops (including cocoa) and protect their domestic chocolate makers.  Local African and South America cocoa growers and merchants could only compete on the price of commodity beans.  At the same time convoluted supply chains emerged which made it far harder to identify from where the cocoa for these chocolate makers was being sourced.   And, unsurprisingly, widespread labour abuses continued.

Most cocoa (70%) comes from West Africa (Ghana, The Ivory Coast and, increasingly, Nigeria and Cameroon).  Instead of imperial traders it’s now a handful of large cocoa trading companies (Cargill, Olam, Callebaut and Mondelez) who purchase, and now increasingly process, most of this cocoa.  And their economics are all about sourcing cocoa for the lowest possible price.

Since 2000 there have been a series of “exposes” about deforestation (hats off to Mighty Earth) and child slave labour.  The likes of Tulane do an incredibly brave job researching, documenting and proving these abuses.  And there have been various attempts to stem these abuses – in particular Harkin Engel Protocol (see the blog for more).  Big Chocolate has set up various committees and promised much.  But nothing has really changed. Farmers in West Africa can’t feed their families if they earn less than $1 a day — and there will continue to be horrific abuses of children.  Millions of children are working in cocoa, and child trafficking is still in the tens of thousands. Rain forest canopy is now down to below 4% in West Africa (down from 40% less than 40 years ago).  For more on these topics, please see our blog for further reading

All too many people shrug off this issue. We support, and join, marching for the important social and environmental causes of today.  But we find it bizarre that the knapsacks of many fellow marchers are all too often contain a chocolate bar where the farmers have been paid less than $1 per day for their labour in growing the cocoa, and where this cacao has been grown by destroying the rain forest.  Big Chocolate has made us think about chocolate as “just” a commodity, and “just” an ingredient.  We don’t look beyond the label and we don’t dig deeper into our “affordable luxury”.

THE CASE FOR DIRECT TRADE AND CRAFT CHOCOLATE

There have been a number of initiatives and certification attempts to address these issues systematically – for example Fair Trade, Organic and Free Trade.  Sadly even combining all of these certifications accounts for a tiny fraction of the chocolate we consume.  And none really addresses the fundamental issue that we have to move away from seeing chocolate as a commodity product like palm oil where it’s all about price.

Craft Chocolate is all about the flavours, textures and tastes that cocoa beans can create.  It’s the antithesis of chocolate as a commodity ingredient and vector for other flavours.  To create great craft chocolate, makers have to work directly with farmers over the long term.  They realise, and seek to persuade us consumers, that farmers need to be encouraged to grow fine beans – not just as many beans as possible for as low a price as possible.

That’s why we seek transparency and always tell you both about the maker and the farmer for all our bars.  And that is why we encourage you to check out these details, as well as the ingredients, on the bars packaging (you won’t see the source of beans on most mass produced bars, and don’t be fooled by simple statements of origin or country; what doesn’t work for fine wine, doesn’t work for proper chocolate.  Know where the beans come from and who really is making the chocolate)

One of Craft Chocolate’s great pioneers of “Direct Trade”  is Taza, founded by Kathleen Fulton and Alex Whitmore in 2005 in Somerville, Massachusetts.  Since 2011 Taza has been publishing a Transparency Report, which more and more makers are now following (Dandelion, Omnom and Marou to name a few).  These are a great example of building long term trust and transparency from consumer to grower.

Taza’s bars are also very, very different from mass produced chocolate.  They are stone ground which means they have a completely different texture to most bars.  And they’ve a unique circular shape and packaging (modelled on a “Molino”) for many of their products.

They are very distinctive.  Indeed during our Virtual Tastings (including the upcoming one with Professor Barry Smith) we warn people that Taza bars are a bit like “marmite”  – the vast majority of people love them, but a few don’t quite “get” the texture.  Any which way, they really are worth a try (or retry). And they really are a model for realising that cocoa is more than a commodity crop and chocolate bars should be much more than a commodity product.

Craft Chocolate matters for cocoa farmers, their families and for our rain forests. Please, please encourage your friends to move away from seeing chocolate as a “commodity” snack.  It’s so much more.

For references and further reading, please find out more here.