The Idea of Chocolate as an Aphrodisiac 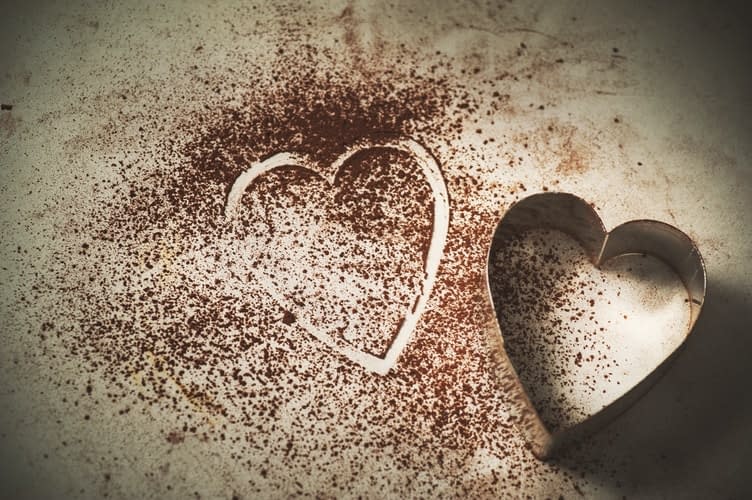 Is chocolate an aphrodisiac?

Clearly this would be GREAT news for chocolate makers

But when you look at the history and science it starts to get a little “shaky” . There are a few tantalising suggestions from science as to why chocolate could be considered a “food of love”. And its romantic properties have been talked about for as long as it’s been consumed.

But the validity of these claims, and its strong association with Valentine’s Day is really not that conclusive. At the same time, it’s worth wondering how a Roman festival where young men stripped off and chased their beaus with whips was turned into an occasion for gifting chocolates.

Has chocolate always been considered an aphrodisiac?

Well, yes. From the first time the conquistadors witnessed the Aztec drinking chocolate, they wrote about its powers as an aphrodisiac.  Bernal Díaz Castillo, who chronicled Hernan Cortéz’s conquest of Mexico, wrote of Montezuma drinking “50 great jars of prepared cacao and foam … which they said was for success with women.”

And after chocolate took off in Europe (once the Pope allowed it to be consumed on fasting days, of which there were over 100 a year), chocolate again rapidly acquired a reputation as an aphrodisiac.

Soon after the first chocolate shop was opened in Gracechurch in London in 1657, writers were already making elaborate claims about chocolate. The learned physician Henry Stubbe wrote in The Natural History of Chocolate (1662) of the “great use of Chocolate in Venery [sexual indulgence], and for supplying the Testicles with a Balsam, or a Sap.”

Outside of England, Casanova and the Marquis De Sade were convinced of chocolate’s aphrodisiac properties and infatuated with it. Casanova pined for it while imprisoned in Venice, for example.

But what really made chocolate take off was the 19th-century move from drinking chocolate to eating chocolate. This went hand in hand with the marketing genius of Richard Cadbury, who seized on another trend — the Victorian fascination with Valentine’s Day.

The History of Valentine’s Day

Valentine’s Day has a complicated and murky history.

One intriguing theory argues that the lovers’ holiday is a takeover of the annual Roman festival of Lupercalia, held each year on the 15th February, where young men removed their clothes, grabbed a whip, and then ran around after their girlfriends to spank them in the hope of increasing their fertility.

Indeed a variant of this tradition lives on in Czechia and Hungary, where on Easter Sunday (another fertility festival) men arm themselves with a whip called a pomlázka, and go from door to door, spanking women on the bottom. The women then soak the men with buckets of cold water.

The Catholic Church has at least two St Valentines.  One of these Valentines was martyred on February 14th by Claudius II after he flouted the imperial order forbidding young men to marry.

Thereafter the history becomes even murkier, only reappearing in England with Chaucer’s poem of 1382, the “Parlement of Foules”, where Chaucer writes of love when every bird cometh to choose his mate on “seynt Voantynes day”.

But it wasn’t until the Victorian era that Valentine’s Day really took off, with the appearance of cupid themed gifts, cards, and boxes.

So where does chocolate come in?

In 1868 Richard Cadbury brought chocolate and Valentine’s Day together with the inspired idea of creating a love heart shaped “Fancy Box” full of bonbons, chocolate flavoured ganaches and chocolate enrobed fruits.  And the rest is history — with the US alone gifting and consuming more than 40 million boxes of chocolates on Valentine’s Day.

But is there any evidence that chocolate is an aphrodisiac?

There are plenty of reasons for thinking that chocolate can help lovers on the hunt for a romantic evening. Chocolate contains LOTS of chemicals – over 300 of them. And most of the claims for chocolate as an aphrodisiac come from three of these:

Side Note: Theobromine is also the chemical that causes dogs to be violently, and sometimes fatally, sick after eating chocolate.  Whereas humans can metabolize chocolate in a few hours, dogs can take 20 hours or more – and as they metabolize the chocolate, it causes them to vomit.

Physiologically and psychologically our enjoyment of chocolate goes through (at least) three stages:

So to summarise: Chocolate and Valentine’s Day has a rich, albeit slightly patchy, history.  Chocolate contains some of the chemicals produced by the brain when we fall in love. And psychologically it sends all the right messages.

So please do consider some craft chocolate gifts this Valentine’s Day.

The History of Valentine’s Day

Smithsonian: How Chocolate and Valentine’s Day Mated for Life

NPR: How Chocolate Became a Sweet (but not so innocent) Consort to Valentine’s Day

The Chemistry of Chocolate as an Aphrodisiac

NCBI: The neuroprotective effects of cocoa flavanol and its influence on cognitive performance

Nature’s Poisons: Chocolate and the Chemistry of Love

McGill: The “Chemical of Love”