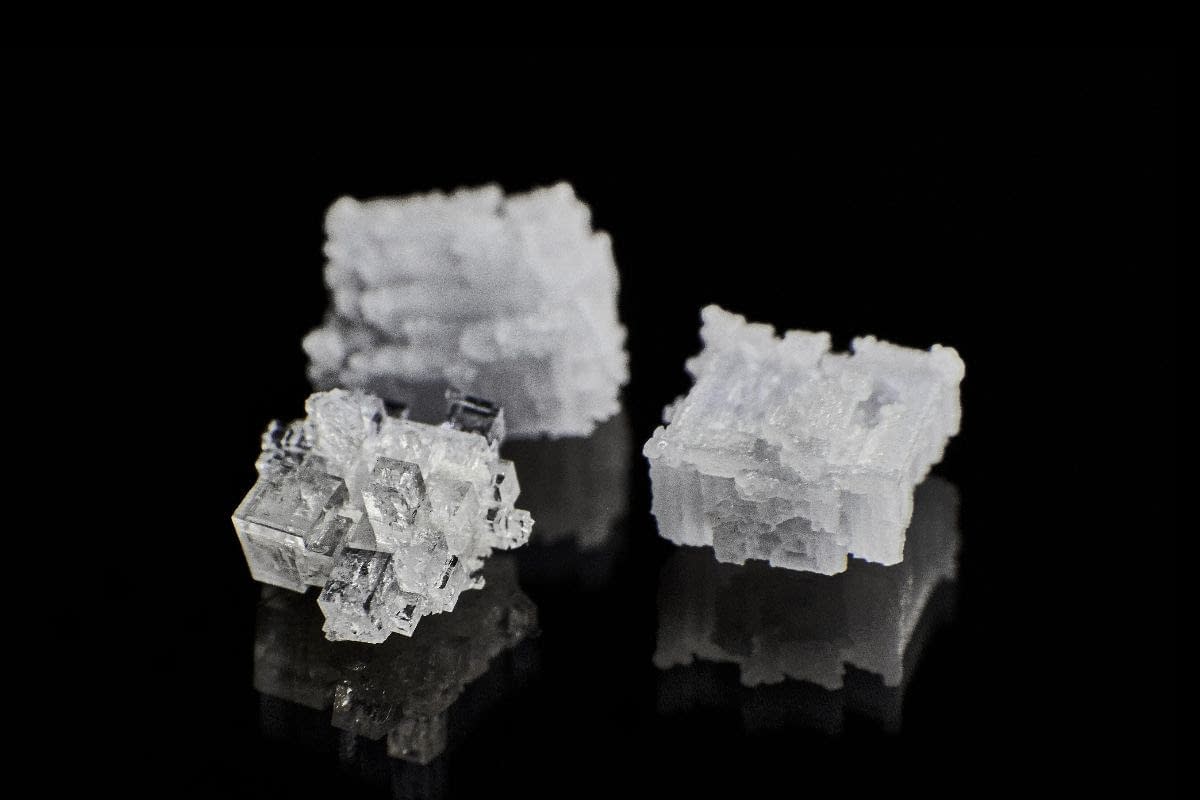 To tickle your taste buds and spark your interest, here is a quick quiz to kick start this week’s blog entry:

If you answered “salt” (or the Galaxy instant hot chocolate drink) to the above set of questions, well done!

Any which way, while salt is also an intriguing addition to craft chocolate and a critical culinary tool it also can be a major problem.

Humans need a (small) amount of salt per day to survive, but ‘in excess’ is also incredibly harmful. Indeed overdosing on salt was an approved suicide mechanic for aristocrats in ancient China. Today this sort of overdosing is pretty rare.  Nonetheless according to the World Health Organisation (WHO) and the published health guidelines of over 100 countries’ health departments, most of us are consuming “30-50% too much salt”, and over the long term, this “dramatically shortens our life expectancy” (source: WHO).

Read on to take some easy steps to avoid excess salt, and appreciate why a pinch of salt is still great for craft chocolate.

Why do we add salt to chocolate?

One of our most popular bars in our virtual tastings was Menakao’s ‘Salt and Nibs’ bar up until Brexit caused various supply challenges.  But fear not, it’s now back in stock and will feature in our upcoming Flavour Deep Dive Tasting from October, and it is safe to eat – see below).  And it’s a great example how a pinch of salt can pull out even more redberry and citric fruitiness from Madagascan chocolate that bursts with these aromas and flavours.

And many dark, milk and even white chocolate bars will contain a (small) pinch of salt. And this is smart for a bunch of reasons:

Why do we add salt to other foods and drinks?

Salt has a bunch of other qualities that make it a great ‘go to’ for food and drink companies. Some of these applications are fine. Others are more dubious.

What’s the problem with excess salt?

Humans definitely need salt. But we need remarkably little; less than 0.5g per day is enough for various remote tribes in South America and South East Asia. And indeed the Yanomamo tribe in Brazil regularly run more than 20 kilometres per day on these levels of salts — and are far healthier (again see the blog for more details here and two great podcasts).

By contrast, in the UK the average citizen consumes over 10 grams of salt per day, over 30% more than government guidelines. And we aren’t alone here; of 189 countries surveyed by the World Health Organisation in 2015, 181 were above the WHO daily average recommended daily intake of 5 grams per day (note: exactly how much is “too much” is the subject of lengthy debates, but it’s generally recommended that adults shouldn’t consume more than 5 grams (WHO) or 6 grams (UK NHS) per day).

Numerous studies have shown that this excessive salt creates multiple health challenges. Without wishing to panic you, here are couple of warnings (along with explanations, and please note that “sodium” is the American term for we in the UK call salt):

Historically a major issue with many studies on salt was the difficulty of measuring salt levels and obtaining consistent results. Unlike many other nutritional research fields where a couple of measurements a day will suffice, salt levels fluctuate MASSIVELY hour by hour; so the experiments and controls for studies on salt require far more measurements and are really hard to do. And then salt’s deleterious impacts can take decades to appear; even longer than tobacco, and way longer than sugar. As a result, various early salt research using daily, not hourly, measurements created some contradictory and confusing results (the so called J Curve, which somehow suggest it’s OK, and maybe even good, to have salt at some low and then high levels, but not consume ‘average’ levels of salt).

How are we consuming so much salt?

10 grams of salt is a LOT. To put this in context, you’d need to consume over 70 full bars of the Menakao Cocoa Nibs & Sea Salt in a day to get near to your recommended UK 6 grams per day (and over 100 bars for the 10g most of us are consuming).

The culprit of our excessive salt consumption is (again) ultra processed food. To quote one recent Australian study, “Around 75 per cent of the salt in our diet comes from [ultra] processed foods, which means we may be unaware of the amount of salt we are having”.

As the Australian study notes, where the salt is in these ultra processed foods isn’t always obvious. For example, many ultra processed breads contain more salt than a bag of crisps. As the UK’s Action On Salt warned in 2014 and 2018: “In the UK, bread is the single biggest contributor of salt to people’s diets, providing nearly a fifth of salt intake from ultra processed foods”. So just by checking the amount of salt in your daily bread can make all the difference.

And because salt is so good at “tickling our taste buds”, many ultra processed confectionery bars and drinks contain an awful lot of salt, for example:

Savouring a craft chocolate bar doesn’t expose you to the risk of excessive salt. Even those like Zotter’s ‘Butter Caramel’ or Menakao’s milk chocolate bars (which are BRILLIANT examples of the bliss point combination of sugar, salt and fat) have way less salt in them than a commercial slice of mass processed bread, high street croissant and most chocolate confectionery snacks.

If you cook at home (as opposed to reheating food like substances), adding salt to flavour and season is also safe, especially when cooking with craft chocolate.

At the same time, checking out the amount of salt on any product’s ingredients is a useful ‘red light’ warning for processed foods. If there is more than 0.7g per 100g it likely means it’s an ultra processed food like substance. Note: sadly this doesn’t hold in reverse. Back in the bad old days, many supermarket mass produced, “plain” dark chocolates did have salt added to them to obscure their lack of flavour. But since Action On Salt‘s “naming and shaming”, these activities have been curtailed (although these bars are still ultra processed; nib rather than bean roasted and other additives are still included).

And one other bit of good news: Once you start to reduce your consumption of ultra processed food like substances that are full of salt, your taste buds will rapidly adjust to appreciate, and indeed demand, less salt. You’ll just need a pinch of salt (and/or sugar) to bring out the flavours of your ingredients and foods.

So please enjoy some craft chocolate bars that all show the wonders of a pinch of salt.

P.S. We are delighted to announce a Tasting ‘Duel and Dual‘ with Lauren Adler of Chocolopolis in Seattle, USA. We’re doing a joint virtual tasting of three different beans in six bars on the 6th October. See here to purchase the box, and see below for more details.  Please do join us!