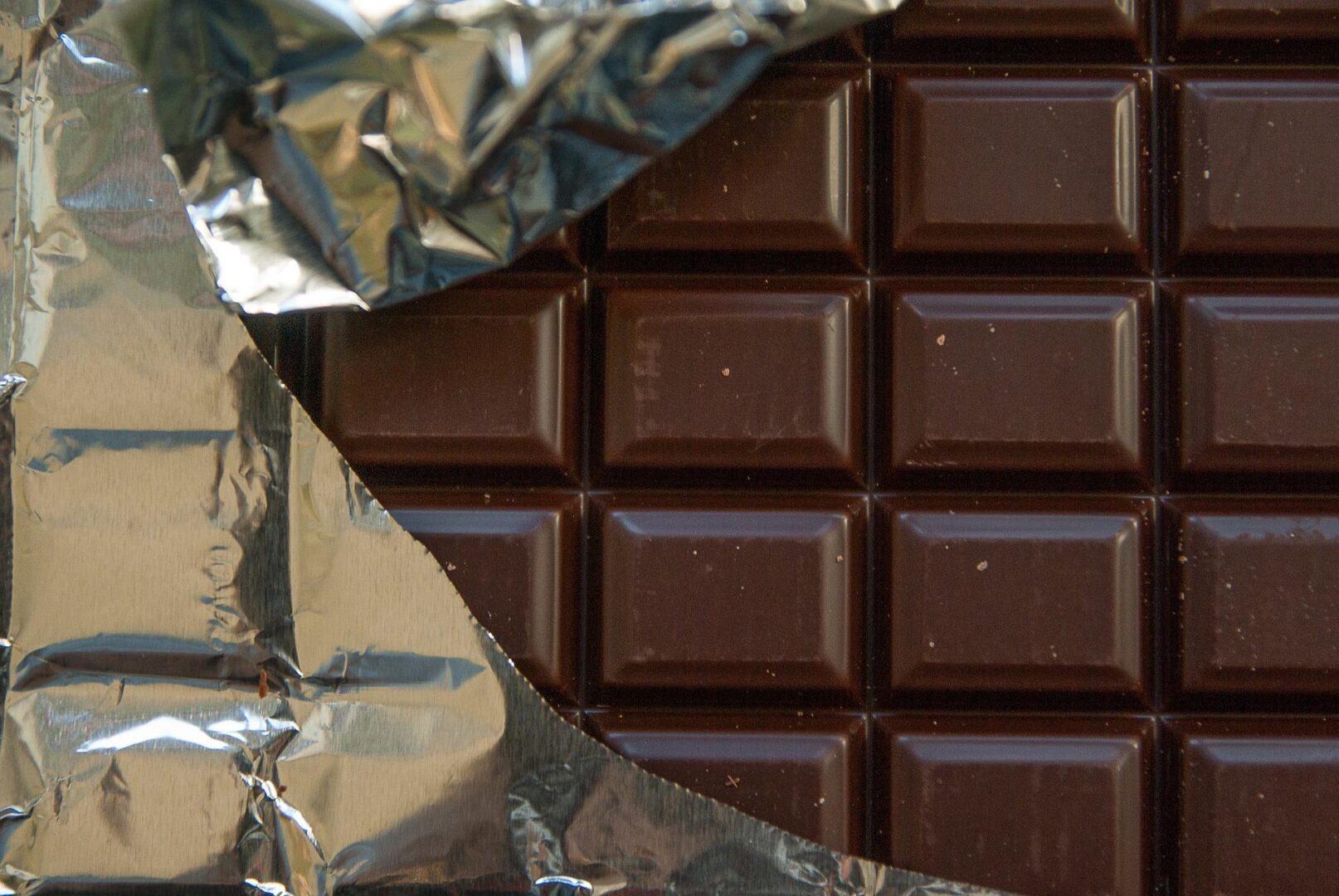 One of the most misleading dietary rules is “count the calories and you’ll lose weight”. Today, calorie calculations are still based on experiments made over a century ago. Quite how a unit of measurement originally applied to steam engines was adapted to become a nutritional mainstay is peculiar.

Chocolate is demonised for its caloric value. Indeed it’s true, that a craft dark chocolate bar will contain more calories than a bar of ultra-processed, mass-produced chocolate. Those bars are packed full of additives, preservatives, and sugar, which is not calorically dense. But this certainly doesn’t mean that ‘low calorie’ snacks (including confectionery and chocolate) are ‘healthier’ or good for your waistline.

To unwrap these misconceptions, it’s worth understanding the history of the calorie before unpicking the challenges posed by diet culture’s calorie-counting obsession.

The History of The Calorie in France

Given France’s culinary tradition, it’s ironic that the man credited with first coining, and then defining the calorie was a Frenchman: Nicolas Clément. Nicolas was not a chef or nutritionist. In fact, he was an entrepreneur who also held one of the first chairs in industrial chemistry at Conservatoire des Arts et Métiers, in Paris. His students record him using the term ‘calories’ to measure how steam engines convert heat into work. Specifically, he defined a calorie as the quantity of heat needed to raise the temperature of 1 kg of water by one degree.

Whilst Clement is now credited with inventing the term calories another French chemist, Antoine Lavoisier, worked to enable its rapid adoption. Back in 1780, Lavoisier designed a tool to measure how guinea pigs’ breathing would heat up ice. Calling this device a “calorimeter”, he then adapted it to measure the heat from various mechanical experiments and chemical reactions.

In the late 19th century scientists in Germany, keen to improve farming efficiency, used calories and calorimeters to measure how different animal feeds impacted cattle’s weight gain. They weighed the animals and monitored their respiration. Note the link between nutrition and respiration is key; we lose weight and burn calories via breathing. Yes, that’s right – we lose weight almost entirely via breathing and Lavoisier was definitely onto something.

Turning this work on cattle and animal feeds to modern calorie counting and diets involved a couple of extraordinary hops.

The man generally credited with putting calories at the heart of human nutrition and dieting is an American, Wilbur O. Atwater, who also studied in Germany. Atwater generously credits Voit, Rubner, Henneberg and Stohmann, in much of his work. His study initially helped inform people to spend their “hard-earned wages” on more “calorically and nutritionally effective foods”. As far as we understand, dieting was not on his agenda.

Firstly, using a ‘bomb calorimeter’ (a chamber-like device) to experiment, Atwater burned food samples to heat up surrounding water. From here, Atwater had a benchmark: the amount of burned food needed to raise the temperature of the water by one degree, thus counting its caloric value. Hence, we ‘burn’ calories because of Atwater’s framework.

Obviously, measuring food energy in a bomb calorimeter is vastly different to the way a human body uses food. We do not consume everything we eat and indigestible foods are excreted. Atwater called the difference between what we consume and what we excrete ‘available energy’. We know this as metabolisable energy, and it’s still calculated by simple subtraction.

In his “respiration chamber”, Atwater performed thousands of experiments on volunteers on over 500 different foods. The respiration chamber sounds somewhat like a prison, and not much fun. Volunteers were asked to spend a week in a “box of copper encased in walls of zinc and wood [where] he lives – eats, drinks, works, rests, and sleeps. …the temperature is kept at the point most agreeable. …in the chamber are a small folding cot-bed, a chair, and a table. …[the chamber is] 7 feet long, 4 feet wide, and 6 feet high. Food and drink are passed into the chamber through an aperture which serves also for the removal of the solid and liquid excretory products, and the passing in and out of toilet materials, books, and other things required for comfort and convenience“.

With both results from the bomb calorimeter and the respiration chamber, Atwater could calculate the calorie count of different foods. In 1894, Atwater published “Foods: Nutritive Value and Cost” in the USDA Farmer’s Bulletin. His findings categorised food into three basic types: proteins, fats, and carbohydrates. Each group had different values: proteins and carbohydrates (4 kCals per gram), and fats and lipids (9 kCals per gram).

The simplicity of the calorie system proved irresistible. During the First World War, caloric value helped work out which agricultural crops to plant and animals to rear. This was quickly adapted, and articles and books were written to help people diet. Diet and Health, by Dr Lulu Hunt Peters, consistently stayed in the NYT Top 10 best-seller list between 1922 and 1926. Amazingly, it still reads like an article or blog from any current dietary magazine or website.

Looking at the calorie count on any food, it will still be based on a simple calculation of the amount of protein, carbohydrates, and fats multiplied by Atwater’s factors.

Why a calorie may not really be a calorie…

Let’s look at some of the problems with calorie counting as a dieting mechanism:

In summary, the food group, its preparation, other ingredients, your genes, your microbiome, and your socio-economic circumstances are all variable factors in your caloric intake. A food listed as having 100 calories, for example, could effectively generate anywhere between 20 to 99 calories.

So What to Do?

It is very clear that some foods and drinks are unhealthy. And fattening. But you won’t be able to work this out by looking at their calorie count.

A far better approach would be to avoid ultra-processed foods, including almost all mass-processed chocolate and confectionery with their additives, preservatives, hydrolyzed added fats, sugars, etc.

The best advice is to first check the ingredients. If there is an ingredient listed that you don’t have in your kitchen and/or if your grandmother wouldn’t recognise the ingredient, why are you considering eating this? Go one step further, make sure you know where the bars and beans come from.

And don’t fixate on calories.Variable by so many factors, they are ultimately as much use as the proverbial chocolate teapot:

Far better to follow this sage advice: “Eat food, not too much, mostly plants“; and in particular focus on the first two words: “eat food“. Not low-calorie foodstuffs that are ultra-processed and mass-produced.

Gram for gram, sugar is lower in calories than chocolate (and many artificial ingredients and additives are lower still). So mass-produced chocolate appears ‘better’ than craft chocolate in terms of calorie count; for example:

Gram per gram, craft chocolate bars contain more chocolate, which is far more filling and nutritious. So, craft chocolate has a higher calorie count (note: the bars are also bigger in most of the cases above). But (normally) you savour a few squares of craft chocolate at a time. In contrast, we eat as much ultra-processed, mass-market chocolate as we can. The ability to override our brain’s satiation mechanism is at the crux of its design. So you end up eating the whole bar and, depending on the time, mess up your appetite for lunch, dinner, etc.

Reducing foods to comparative numbers on supermarket shelves leads to counting calories. It superficially provides an impression of control. It’s imperative to realise that calories are misleading. Just because an ultra-processed chocolate bar has fewer calories, it does not equate to a healthier option. Note all the other (preservative) numbers on the packaging!

Don’t let calorie counting preoccupy you. Check the ingredients and read the other small print. Know where both your bars and beans are coming from. Here are a great range of different craft chocolate delights that you can savour instead.