View cart “Make your own Easter Egg Kit” has been added to your cart. 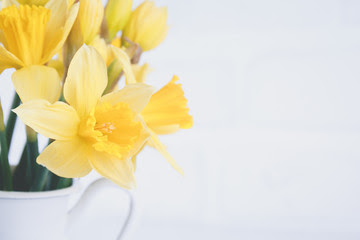 This Sunday, if you are here in the UK, I’ll be showcasing three great ‘Spring bars’ from Zotter, Puchero and Chocolarder on Channel 4’s Sunday Brunch. If you have a TV, it’s Channel 4 😉 but you can also watch online HERE.

And next Sunday is Mother’s Day here in the UK (in the US it’s not for a few more months; May 8th). So this week we’ve assembled a bunch of great chocolate gifts to delight any mother… and tried to trace the history and practises of ‘Mothering Sunday’. See HERE for the full selection, and below for some highlights.

Celebrating mothers is a well established (and well deserved!) tradition; it dates at least as far back as the ancient Greeks who celebrated Rhea, the mother of all their gods and goddesses, every spring. As ever, the Romans took these traditions and applied their own interpretation with festivals to Cybele (their mother Goddess) in March.

And then the Christian church again ‘adopted’ these festivals, switching Cybele for the virgin Mary and encouraging people to return to their “mother church” (i.e. the church where they were baptized, or nearest cathedral) as opposed to any “daughter church” that they might be regularly visiting because they’d married and moved away, etc. The date for ‘Mothering Sunday’ was set to be the fourth Sunday before Easter (so it moves around a lot). And to help its celebration, the Lenten fast was relaxed on this mid-lent Sunday (hence why Mothering Sunday was once also known as ‘Refreshment Sunday’). And by the middle ages, Mothering Sunday had become well established as a Sunday where families could assemble, and indulge in a “proper Sunday lunch” that spoiled mum even though they were mid way through Lent.

Mothering Sunday: UK and US Versions

However, during the 18th and 19th centuries, celebrations of Mothering Sunday declined here in the UK (perhaps because industrialisation and  factory work made returning to the mother churches harder, perhaps Lenten fasts were less practised). And it was only following the establishment of Mother’s Day in the US, that efforts were made to resuscitate it here in the UK. Note: in the US Mothers’ Day is celebrated on the second Sunday in May, and is attributed to Anna Jarvis from Grafton, West Virginia who wanted to honour her late mother, and pushed for holiday to celebrate all mothers. And while Jarvis was delighted by President Woodrow Wilson making it an official holiday in 1914, she was horrified by it’s later commercialisation (indeed she coined the phrase “Hallmark holiday” as term to show her displeasure).

In the UK Constance Penswick Smith created the ‘Mothering Sunday Movement’ in response to Anna Jarvis’ US movement. And to support her cause Constance wrote plays, histories and a eulogy to all aspects of motherhood that should be celebrated: “The Church: Our Mother”, “The Mother of Jesus”, “Gifts of Mother Earth” and “Mothers of Earthly Homes”. She was amazingly successful. And by the post war period, Mothering Sunday was back in full swing.

The tradition of family gatherings is back in full swing. And for those of us who can’t make it in person, there is always the phone (or Zoom); back in the 1990s in the US, Mother’s day witnessed more phone calls than any other day of the year, with phone traffic spiking by over 35%.

Whether you can make it in person, or call/Zoom, if you’d like to treat your mother to a great present, may we suggest some of the below gifts; we’ve everything from gift boxes to truffles, wine and chocolate pairings, to even a tasting session.  Please see below for more details.

As ever, thanks for your support.