View cart “Willie’s Cacao – Dark Chocolate with Sea Salt Truffles” has been added to your cart. 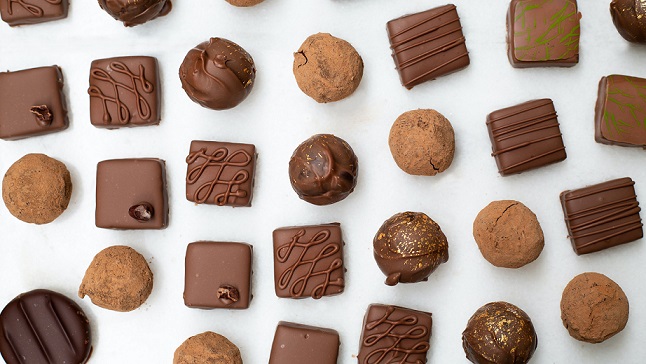 Read on to learn about the history of chocolate truffles – and their future in the craft chocolate revolution!

(Alternatively, you can skip to the end or click this link to peruse some exceptional truffles from craft chocolate makers!)

The History of Chocolate Truffles

The history of chocolate truffles is murky and confusing. Everyone wants the credit for inventing such an influential confectionary!

Paul Siraudin was the first to claim that he invented the truffle. Siraudin began his career as a playwright, writing comedies and operettas. Then, in 1860, he tired of the theatre, and decided to turn his hand to confectionary. The career change did wonders, and his sweets were a great success! In 1869, he created a bon bon called a crème ganache in 1869. He named the sweet after a popular comedy called Les Ganaches (The Idiots), written by a Thespian pal.

Another claim for inventing chocolate truffles comes from Louis Dufour. Dufour was a pâtissier who kept a store in Chambray, a small town in central France. On Christmas day in 1895, Dufour found himself in trouble. He was running out of ideas (and stock) for festive treats! Searching around for possible solutions, Dufour came up with a genius idea. First, he mixed up a batch of ‘ganache’ – chocolate mixed with cream. He shaped his mix into round balls, and then dipped these in melted chocolate. The sweet was a marvellous success! Dufour’s brother Antoine brought the idea to the UK, when he emigrated in 1902 and founded Prestat Chocolates in London.

But the man who tends to take the credit for inventing the trouble is Auguste Escoffier. Escoffier was a famous French chef who cooked for glitzy hotel restaurants in the 1920s. According to legend, one of Escoffier’s apprentices mistakenly poured hot cream into a bowl containing chocolate instead of a nearby bowl of beaten eggs and sugar. Escoffier yelled ‘ganache’ (idiot), giving the dish its name. He turned the apprentice’s mistake into truffles, rolling the ganache into balls and dusting them with cocoa powder.

Whichever story is correct, the bottom line is that these ganache truffles are amazing. When properly crafted, the combination of melted cream and chocolate encased in a hard chocolate shell tastes incredible!

Truffle: What’s In A Name?

There’s much dispute over who came up with the idea of naming these chocolate ganaches ‘truffles’. Nonetheless, it’s generally accepted that these hand-rolled delicacies take their name from the legendary truffle fungus. (The history of the truffle fungus is far longer than that of the sweet. The consumption of these mushrooms has been traced all the way back to the Sumerians and Babylonians around 4000 BCE!)

The hand-rolled chocolates we know as truffles share two similarities with their fungal namesakes. First, they are a total luxury, and completely delicious! Second, they bear a visual resemblance to the truffle fungus, small and round and dark-coloured.

Over the last century, chocolate makers worldwide have further confused the world of chocolate truffles by developing their own recipes. These sweets can differ wildly, but they all share the same name: truffles.

To clear up confusion, flick through this slideshow for our quick guide to the international truffle scene, country-by-country!

Pralines Vs. Truffles: What’s The Difference?

To give credit where credit is due, their claim that the Belgian chocolatier Octaaf Callebault invented couverture is probably true. Belgium’s claim to the praline’s invention is dubious (and their claim over truffles even more tenuous). However, in the world of fine chocolate, inventing mass-produced couverture isn’t something to be proud of! It’s a bit like claiming to have invented ready meals in the world of fine cuisine. (Come to a virtual tasting to find out more!)

Who did invent the praline, then?

The French have the strongest claim to inventing the praline, or at least coining the term. In 1636 Clement Lassagne, chef to the French Duke of Praslin, made a confection out of almonds and sugar. He named this treat the ‘praslin’ after his boss. After he retired from working for the Duke, Lassagne changed the spelling. He founded a sweet shop called La Maison de la Praline (the house of praline). The shop still exists in the French town of Montargis — and it still sells pralines!

These pralines spread internationally. They became a classic dish in theFrench colonies of New Orleans and Louisiana in the 18th and 19th centuries. There, the praline became a source of great pride, and income, for many Creole families.

Confusion then occurred in 1912 when Jean Neuhas in Belgium started to use the word praline to describe a sweet which he also called a truffle. Neuhaus’s praline comprised a hard outer shell which contained various fillings. Nowadays, many companies specialise in making these chocolate casings, which they sell to other chocolatiers to fill. These companies are mostly chocolatiers rather than chocolate makers like those we work with at Cocoa Runners. They buy in chocolate ready-made, rather than producing it themselves.

First, in our opinion, neither the American nor the Belgian pralines are really truffles. Moreover, the chocolate they use probably wasn’t made in America or Belgium. Couverture chocolate used by chocolatiers is usually bought from huge conglomerates with murky supply chains.

Here are our tips for working out the quality of a truffle. They’re similar to the rules of thumb we use for chocolate in general:

The history of chocolate truffles is a history of mainly chocolatiers, not chocolate makers. Therefore to date, very few truffles are made with craft chocolate. But this is changing!

Chocolarder crafts all their chocolate in Cornwall, and make wonderful truffles, including incredibly moreish salted caramels. Mike Longman, founder of Chocolarder, directly sources the beans used for the chocolate casing from the indigenous Ashaninka people of the Peruvian Andes. He then combines this chocolate with Cornish sea salt and fresh Cornish cream to make truffles’ ganache filling. See the truffles here! They also make a gorgeous Friis Holm have created an alcoholic option for an after-dinner tipple.

David Crichton (of MasterChef fame), works with Pump Street Chocolate to create delicious bars and – more recently –  incredible truffles which he calls ‘The Careless Collection’. Pump Street’s bread and butter truffle was so good that Simon and Tim wouldn’t share it with their guests when we took it to Channel 4’s Sunday Brunch!

And even though we aren’t (yet) selling them, do also try the fantastic Scottish truffles crafted by Charlotte Flower using sweet cicely, a herb which is related to the carrot family!  See here. Or try some of the other truffles sold by Cocoa Runners, which you can see above!