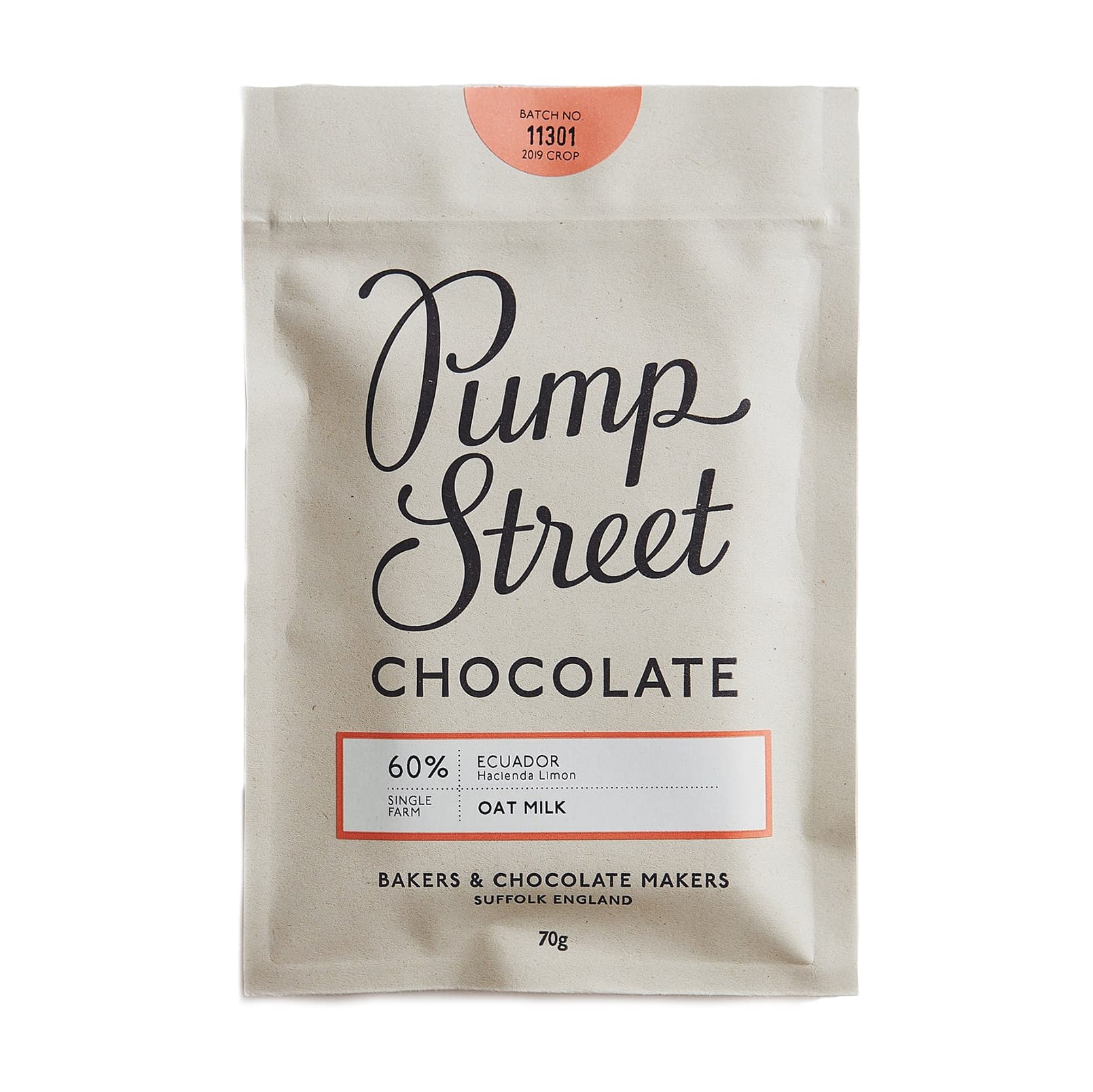 Pump Street’s first dairy-free milk chocolate is made with Scottish oat milk, and has a pleasingly fudgy melt with scents of cinnamon, hazelnuts, and sweet cream.