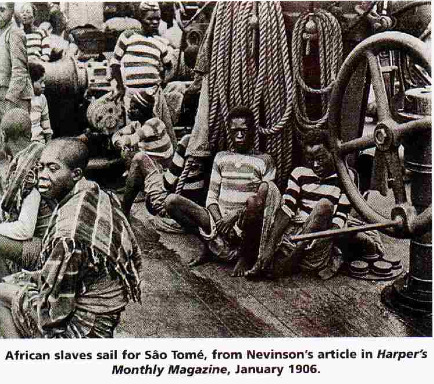 Our favourite sweet treat has a bitter past. From its entry to Europe through the networks of empire, chocolate’s history is dark, enmeshed in slavery, greed, and inhuman cruelty.

In the modern world, chocolate is a staple commodity. Over the past few centuries, this sweet treat has transformed from an inaccessible, handmade luxury into mass-produced, everyday junk-food. Perhaps unsurprisingly, the worldwide commodification of chocolate and confectioners’ race to the bottom with price have proved to be problematic. Growing cocoa for commodity chocolate is all about efficiency, not flavour. Because of this, manufacturers use sugar and other unpalatable ingredients to mask the taste of these subpar cocoa beans, helping give mass-produced chocolate a starring role in the obesity crisis. But the biggest bitter impact of commodity chocolate is not in the tasting, but in the making. The chocolate industry still struggles with poor labour conditions and the legacy of colonial history.

How did we get here, and what can be done about it? Read on to find out about chocolate’s dark history, and the bright future craft chocolate is helping to create!

Chocolate came to Europe via the Spanish conquest of modern-day Mexico. The Spanish quickly picked up a taste for chocolate. They wanted to increase the production of cocoa in the new world: but how? Picking and processing cacao is a labour intensive business, so local farmers struggled to keep up with demand. These farmers were struggling anyway, because diseases the conquistadors brought with them from Europe had decimated the indigenous population. (Historians estimate that over 90% of some indigenous American peoples were killed by European illnesses.)

As cocoa became harder to source, the Spanish turned to a system of forced labour known as encomienda to maintain supply. The system had been developed in the middle ages during Catholic Spain’s wars against the Muslim Moors, and had been a relatively peaceful, mutually beneficial situation. Conquered peoples laboured for the Spanish, and were rewarded with protection and education in Catholic religion. In Spain’s American colonies, encomienda devolved into a kind of slavery. Indigenous labourers were ruthlessly exploited by the Spaniards, and forced into hard labour growing cocoa.

During the 17th and 18th centuries other colonial powers got in on the act, including Portugal, England, France and the Netherlands. Colonist planted cacao in Brazil, the Caribbean, the Philippines and Indonesia, turning it into a global industry. These colonial plantations ran on the labour of thousands of enslaved Africans, brought into captivity to meet the European market’s increased demand for chocolate.

In the 19th century, industrial innovations like the cocoa press and conching machine paved the way for mass produced chocolate. Following these developments, chocolate moved from an expensive luxury beverage into an inexpensive treat. This favourite of the elites could now be enjoyed by ordinary consumers in the form of a solid bar. Chocolate brands sprung up offering affordable luxury for everyone. These brands focused on cheapness and consistency of taste: cacao became established as a commodity crop.

Yet these new chocolate brands immediately ran into problems: the abolition of slavery was looming. During the 18th and 19th century, European powers utilised the networks of empire to shift production away from Caribbean slave plantations. Chocolate companies therefore sought out other areas with a suitable climate and a ready supply of cheap labour. West Africa, with abundant rainforests and power in the hands of European colonial rulers, was the perfect fit.

In the early 1900s, the Portuguese island colony of São Tomé and Príncipe in the Gulf of Guinea became the biggest cacao producer in the world. The colony was nicknamed the ‘Chocolate Islands’, and contained around 280 plantations, worked by tens of thousands of indentured labourers. Although slavery had been abolished, these cocoa growers were slaves by another name, exploited and forced into debt to their employers. Workers were technically free to return to their homes at the end of their contracts, but few made it out. The death rate was an estimated 20% per year, and wages were often held back.

Cadbury’s Caught in a Scandal

You might have heard of Cadbury’s idyllic factory village of Bournville, built in the early 20th century near Birmingham. As conditions improved for British factory-workers, over half the cocoa they worked with was grown on São Tomé plantations.

This did not go unnoticed. In 1906, a journalist named Henry Nevinson wrote a series of explosive articles about these abuses. His conclusion, which you can read here, was that São Tomé was a slave economy. Nevinson called the colony ‘the islands of doom’. His articles resulted in a series of disastrous court cases for Cadbury, and a move to boycott all cocoa sourced from São Tomé.

By the 1910s, Cadbury needed to get out of ‘the islands of doom’ in order to protect their reputation. Like most other chocolate companies, they turned to the Gold Coast (modern day Ghana and Côte d’Ivoire) to source their cocoa. This helped increase the commodification of chocolate. European colonial powers imposed high tariffs on manufactured products to protect domestic processors. Local African growers couldn’t afford to process, make or sell their own chocolate. They were therefore forced to compete to sell cacao beans to the commodity market at super-cheap prices. Supply chains became murkier and harder to trace and, unsurprisingly, labour abuses continued.

Cocoa’s colonial history and commodification have had a long-lasting economic, environmental, and cultural impact on the world.

At least 70% of the world’s cocoa is produced in West and Central Africa. Ghana and Côte d’Ivoire alone produce around 60%. Cocoa makes up over half of the GDP of some African nations. Exploitation continues to run rampant in the cocoa industry. Human rights abuses, structural poverty, low pay, forced labour and child labour all remain issues. Centuries on from abolition, slavery is still rampant in the chocolate industry.

Nowadays, a small number of companies dominate the production of chocolate, in place of imperial traders. In particular, the ‘Big Five’ – Cadbury, Ferrero, Hershey, Mars, and Nestlé – are often in the spotlight. Recent journalistic exposés have resulted in these chocolate companies acknowledging child slavery in their supply chains, but there is still a long way to go. The U.S Supreme Court recently blocked a child slavery lawsuit against Big Chocolate, and the prevalence of hazardous child labour in Ghana and Côte d’Ivoire has actually increased in the last decade, in spite of Big Chocolate’s ethical pretensions.

Recent decades have seen a number of initiatives and certification schemes spring up to try to systematically address these issues. These include Fair Trade, Rainforest Alliance, UTZ Certification, and IMO Fair For Life. However, only a tiny fraction of the chocolate we consume is produced under these schemes, and supply chains are so murky that exploitation can slip through the net. The core issue lies in our view of chocolate as a cheap, commodity product.

Craft Chocolate is all about the flavours, textures and tastes that cocoa beans can create. In general, it’s the antithesis of chocolate as a commodity ingredient, a bland blank canvas for other flavours. To create great craft chocolate, makers have to work directly with farmers over the long term. They realise, and seek to persuade us consumers, that farmers need to be encouraged to grow fine beans – not just as many beans as possible for as low a price as possible.

Craft chocolate makers deal with growers through direct trade. This means that for every bar we sell at Cocoa Runners, we know who grew the cacao, and who made it into chocolate – and they know each other. Farmers are paid fair wages for their crops, while growing high-quality cacao which is carefully harvested, dried and fermented. This means that not only does your chocolate taste more delicious than mass-produced alternatives, there’s also no guilty bitter aftertaste. You can savour superior quality, luxury chocolate while knowing that no-one has been exploited to produce your treat!