This is a beautifully creamy and aromatic chocolate bar, with aromas of caramel and rich tea biscuits. The white chocolate, prior to the addition of flavour, had been caramelised which lends itself to a caramel and biscuity flavour.  The finish is savoury via the herbiness of the curry leaves.  It really is a fantastic marriage of “saltiness” and “sweetness” that you’ll savour, not scoff.

“On first taste I thought, hmm, here’s a chocolate I probably can’t eat but, ever the professional, I went back and tried it again and it became possibly the most intriguing and complex chocolate I ever did eat, and quite addictive. It’s difficult to describe it because there’s so much going on.” – Annalisa Barbieri in The Guardian, 7th March 2021

The fossa is a cat-like mammal indigenous to Madagascar, just like the craft chocolate Yilina and Jay tasted years ago that first started their chocolate journey. Yilina and Jay’s first taste of craft chocolate was a Madagascan dark bar, and they were instantly hit by wonderful flavours of refreshingly tart raspberries and warm almonds. This moment opened the pair’s eyes to how craft chocolate can have such flavour clarity – so different from the normal mass-produced industrial chocolate they grew up with.

This Salted Egg chocolate bar is probably Fossa’s most iconic bar. Salted egg is a Chinese preserved food product made by soaking duck eggs in brine. Fossa make the salted egg cereal in-house and sprinkle it over their white chocolate that has been slowly caramelised. In addition to cocoa butter and salted egg, Fossa also add milk powder, sugar, cereal, butter, curry leaves, chilli padi and a touch of sea salt.

But don’t just take our word for it! Have a look at what the attendees at one of our recent Virtual Tastings had to say about it: 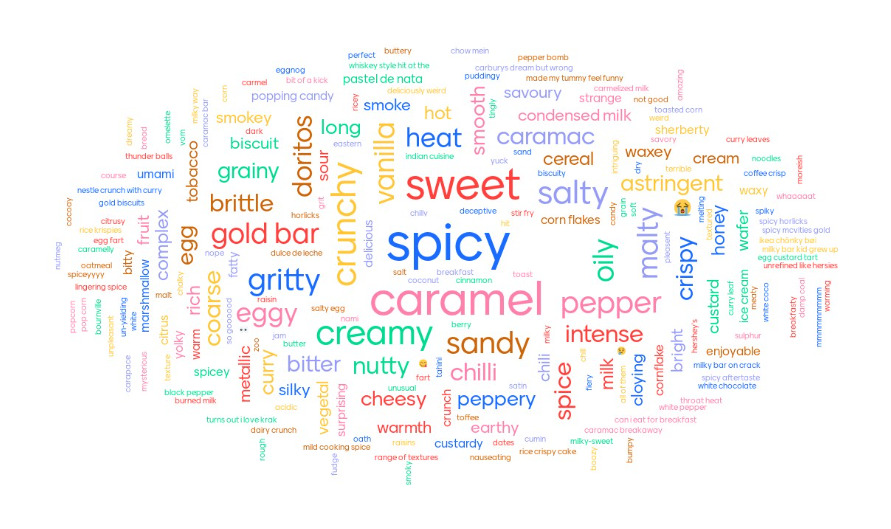 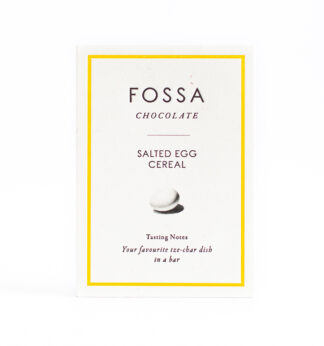