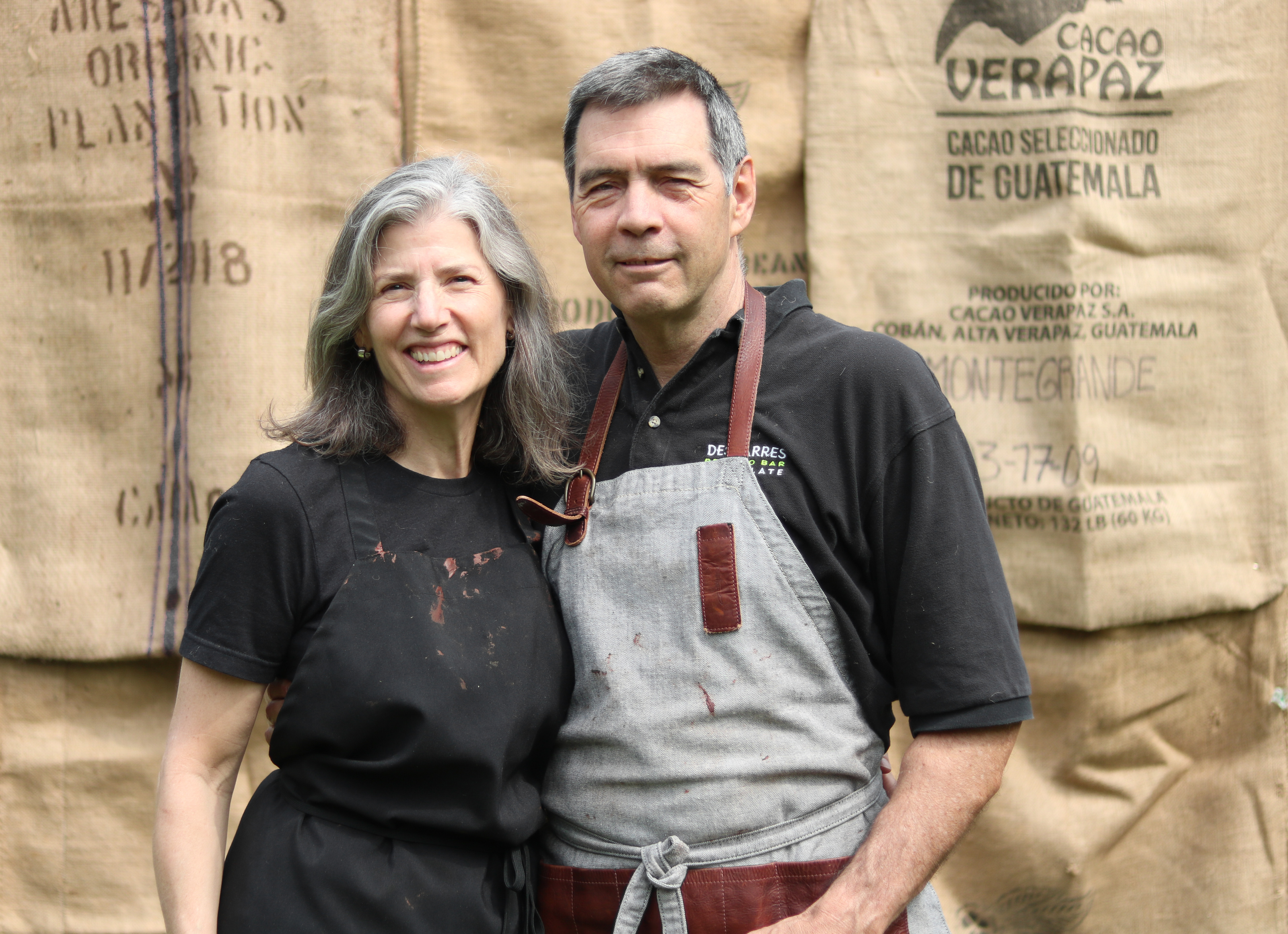 Founded by Erik and Ariane Hansen in 2015, DesBarres is a micro-batch manufacturer of single origin, bean to bar chocolate, sourcing direct trade cacao from around the world. DesBarres makes its chocolate with uncompromising attention to detail in order to create the ultimate chocolate experience. Using only cacao and organic cane sugar, DesBarres coaxes out the plethora of wonderful flavours of the cacao it sources.

This chocolate maker is named after Joseph Frederick Wallet DesBarres, a mapmaker who had served in the Seven Years’ War as the aide-de-camp to General James Wolfe. JFW DesBarres continued with an evolving illustrious career and went on to publish the Atlantic Neptune – the most prominent collection of maps – of North America during the eighteenth century.

We were delighted to catch up with Erik from DesBarres during the Academy of Chocolate 2019, where the Canadian chocolate maker was awarded the Rising Star. As ever, we had a bunch of questions to ask DesBarres that we wanted to share with our readers…

Erik has a background in biotech and started out on the research bench but soon found himself drawn to the business side. Having headed sales, marketing and business development divisions at large corporations and startups, Erik began consulting in 2014. “I’ve always preferred dark chocolate and when I discovered French greats like Valrhona and Michel Cluizel I always wanted more”

Ariane has always had a flare for design and graduated as an Architect after getting her degree in chemistry. Still not busy enough after graduation and working at an Architectural firm in Halifax, Ariane chefed at a small bistro part time. Over the years Ariane’s passion for good food, fine flavour and thoughtful cooking has continued. Chocolate has always been on her menu

We started DesBarres Chocolate in 2014. Just the two of us working part time with a few pieces of repurposed equipment and a willingness to try anything once. We wanted an outlet for our own creativity and a chance to create something together. Erik is now a halftime chocolate maker and hopes to be moving to full time very soon.

DesBarres, Ariane’s middle name, is an old family name that is French in origin and came to Canada through Switzerland and England in the early 1700’s in the person of JFW DesBarres. He was a cartographer by training and sailed with Captain Cook as he explored the east coast of North America (hence the maps on our inner sleeves – bars not arms). He went on to settle in Canada and served as Lieutenant-Governor of Cape Breton and later as Lieutenant-Governor of Prince Edward Island. DesBarres just seemed to be the perfect name for a chocolate company cry out to be a chocolate name

Ariane is an Architect with eye for style and informs her design with influence of local colours and textiles from the countries of origin. Ariane does all the graphic design and we are most proud of the overall look, and colour of the collection of bars.

That’s a tough one – we love food so it’s hard to pick a favourite! We seek out quality, flavour and food prepared with passion. Wine (big and red), craft beer, coffee and tea are never too far away and frequently paired with chocolate. As for other chocolate makers – we are constantly seeking out new makers. In Canada we are lucky to have some excellent bean to bar makers so our library of chocolate concentrates on Canadian makers, but there are plenty of US, UK, EU and Caribbean makers represented as well.

DesBarres In The Chocolate Library