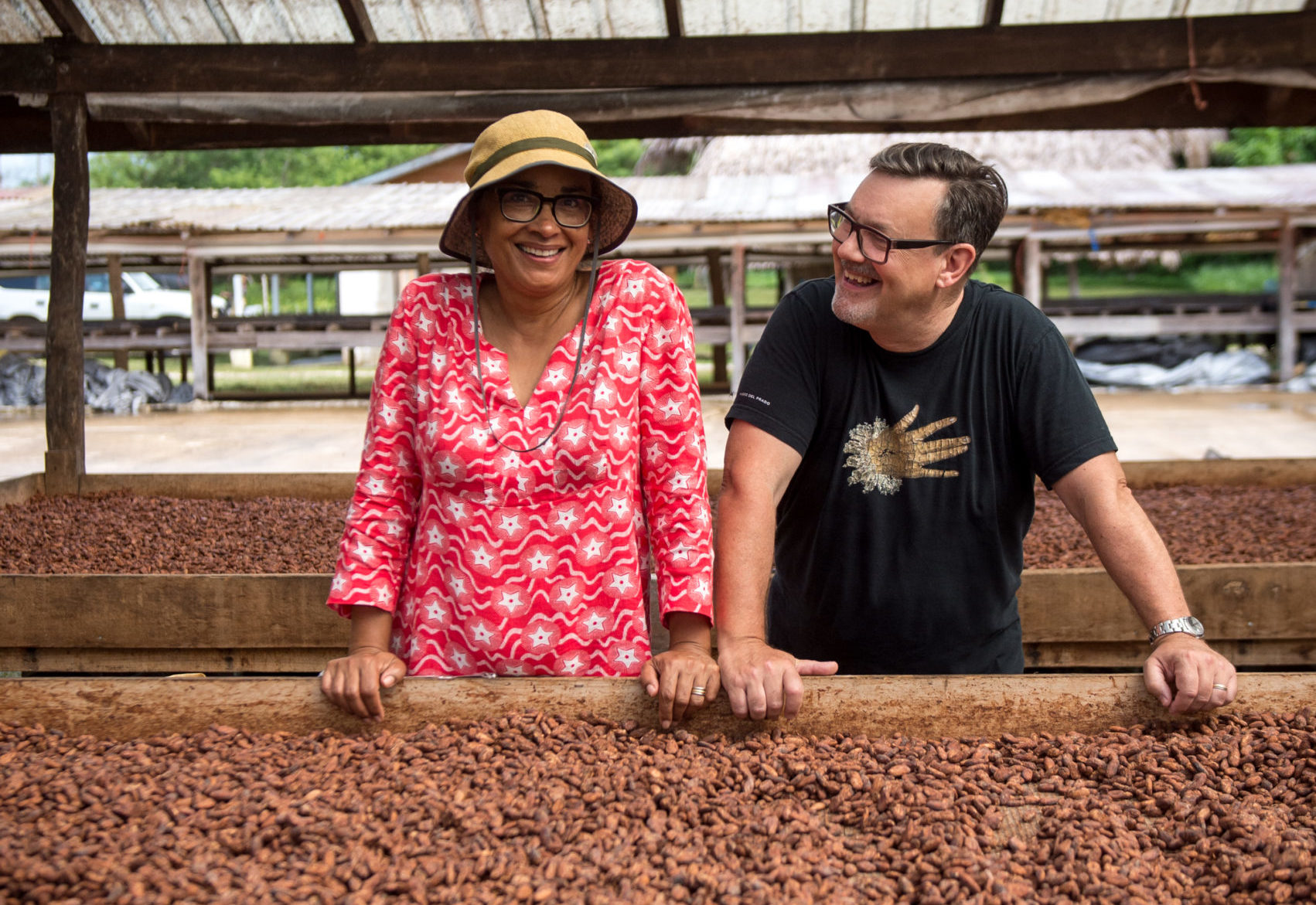 Armed with a love for dark chocolate and all its health benefits, Deanna Tilston set out on a personal journey to learn about and craft her own chocolate. What started out as a self-nourishing endeavour has ultimately ended up becoming an award-winning chocolate maker. It seems that every element of Tosier chocolate elicits reverence for cacao and chocolate, from sourcing its cacao beans to the reason behind the name. ‘Tosier’ dates back to the 18th century, where a man named Thomas Tosier had the privilege of being George I’s personal chocolate maker; Thomas, and his wife Grace Tosier,  ran a very successful chocolate house on Chocolate Row in Greenwich in the 18th century.

Tosier crafts its chocolate in eight kilogram micro batches in their factory in Suffolk, England. This means that Tosier can only produce a limited number of bars  from each harvest; however, producing batches on this sort of scale also means that Deanna is able to keep a very close eye on every step of the chocolate-making process. It also means that no single batch of chocolate Deanna makes will ever be quite the same. Each batch and harvest that Tosier receive will have different characteristics.  We think that this variety is part of the beauty of craft chocolate.

In 2016, Deanna was forced to change her diet to avoid a gallbladder removal operation. As a long-term fan of dark chocolate, she began to craft her own chocolate to give her healthy bursts of magnesium, antioxidants and iron.

Tosier sources its cacao from Belize and Haiti, via Uncommon Cacao.  Uncommon Cacao, originally part of Taza, are a key partner for many emerging craft chocolate makers and they pride themselves on ensuring a high quality and transparent trade, as well as maintaining significant market access for smallholder cacao farmers.

Working with Uncommon Cacao means Deanna is able to see the biodiversity of the cacao, that is, what grows amongst the cacao, be it bananas, avocados, citrus fruits, as well as other fascinating details, such as fat percentage of the different cacao beans. From the country of origin to Uncommon Cacao, the beans are then transported to Suffolk in the UK for Tosier to turn into award-winning chocolate in their newly built facility near Burnham Market.

To find out a little bit more about Tosier, we spoke to the leading lady behind the chocolate, Deanna….

What’s your background? Why and how did you get into chocolate?
I trained originally as a Teacher of the Deaf, I don’t come from a food background. I have always liked dark chocolate. I got ill in 2016 and attempted to change my diet to avoid an operation to remove my gallbladder. I needed to eat clean and started making my own chocolate to give me a burst of Magnesium, antioxidants and Iron. The more I looked into chocolate the more I realised I didn’t know a thing!

When did you start your company — and with whom? How many are there of you?
I launched the company at the Aldeburgh Food and Drink Festival in September 2017, prior to that I was experimenting with different beans and getting the roast and grind right. My partner Jonathan took care of getting the packaging, promotional material and marketing.

What mission have you set yourselves for making chocolate?
To make the best chocolate I possibly can, the two strong influencers on me were right at the start in Atlanta meeting Chloe Doutre Roussell and Maria Fernanda Di Giacobbem. They talked so passionately about all the elements you need to get right to make good chocolate including the provenance of the cocoa and the importance of a good supply chain. As they said, “ There is enough bad chocolate out there, we don’t need anymore!”

What is the story behind your company name?
The Tosier name has a great deal of UK chocolate heritage behind it. Thomas and Grace Tosier ran a very successful chocolate house on Chocolate Row in Greenwich in the 18th century. Thomas Tosier was also George I’s personal chocolate maker – a privileged position within the Royal household at Hampton Court. One of his key duties was to serve the king his chocolate; and Tosier was responsible for making and taking a cup of chocolate to George I in his bed chamber every morning. We also know that the chocolate maker had his own bedroom – a luxury and an honour for a servant at court. If you visit Hampton Court you can see the original Chocolate Kitchen.

Who designed your packaging – and what are you most proud of about your packaging
Suffolk-based company, That’s Brave, designed the packaging, it took quite a while to get it right. I wanted the designs to relate to the origin of the cocoa, so we looked at textiles colours cultural icons and went from there. e.g The Bolivian bar design is based on the cactus from the salt plains

How did you source your beans?
I went to the North West Festival in Seattle in 2016. I tasted some raw liquor there, and knew I had to get hold of those beans, they tasted hands down better than the beans I was sourcing. After some hunting we discovered they were from Uncommon Cacao, and our relationship with them started there and then. We heard them speak at the festival about the supply chain, provenance and transparent trade. I bought samples back with me and never looked back.

What inspired your choice of wrapper/mould design?
We are looking at creating our own bespoke mould now and after much thought we have decided to base it on a vintage bar mould that I sourced at this year’s Chocoa festival in Amsterdam. It a classic bar mould that relates back to the historic aspect of my brand.

What is your favourite food? Wine? Other chocolate makers?
My favourite food is very much basic (one pot) peasant food! I’m a great fan of simple great ingredients combined quickly with love. I prefer red wine and the odd espresso martini…. With other chocolate makers I’m a fan of Soma, Marou and Ritual. From Europe and the UK chocolate from Forever Cacao, Pump Street Grenada 70% and Seaforth’s 100% Dominican Republic

Tosier In The Chocolate Library