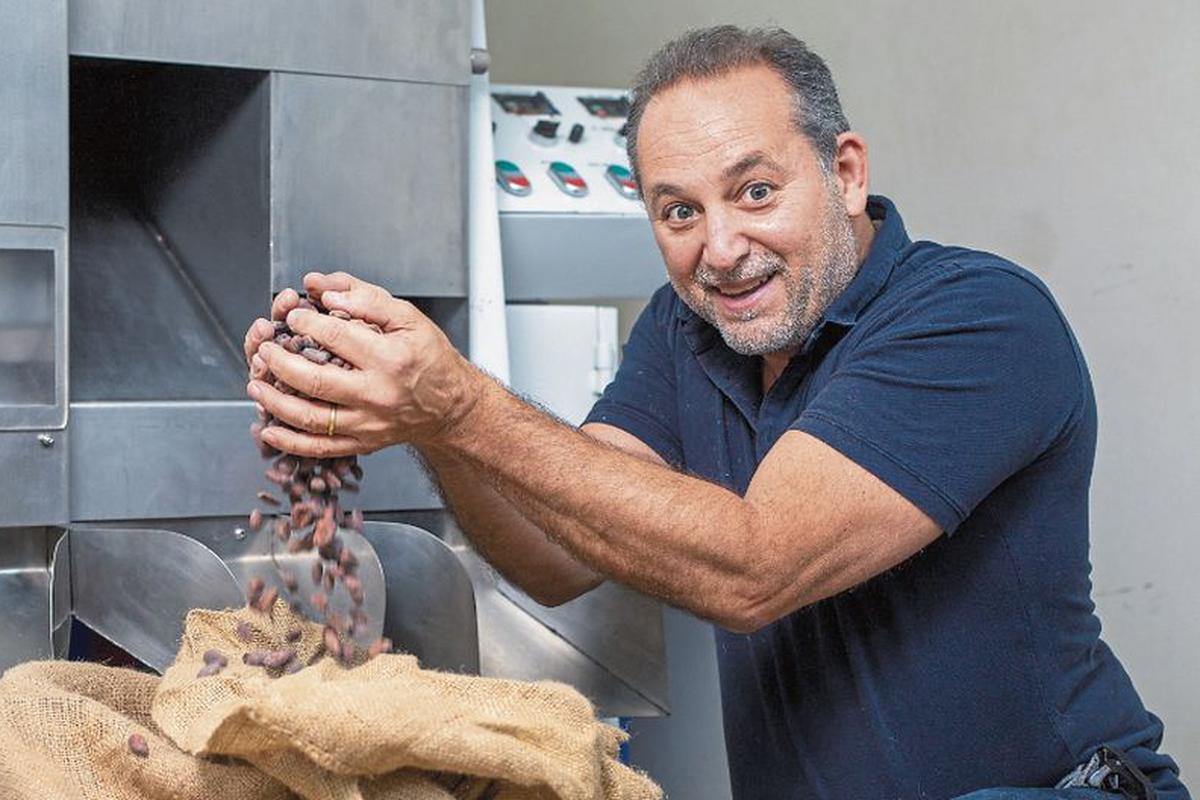 Peruvian-American Sam Giha, the CEO of Cacaosuyo, has his background in the textile industry, which resonates in the brightly coloured, Peruvian-textiles-inspired packaging of Cacaosuyo. His partner and General Manager of Cacaosuyo, Eduardo Lanfranco crafts its chocolate in Lima, Peru – using solely Peruvian cacao. And the mission is simple: to make the best chocolate in Peru. In strive for this, Cacaosuyo have won an abundance of chocolate awards, including International Chocolate Awards and Academy of Chocolate.

Sam Giha’s love of food and the adventure of flavour led him to invest his time and efforts into the food industry. But more specifically, it would have been Sam’s economics mindset that led him to think about Peru’s cacao industry, seeing the rise in its export value and the immense added-value once turned into chocolate.

Cacaosuyo produce chocolate from tree to bar, working with small producers to firstly select the trees where the cacao will be grow and be harvested – this serves to guarantee the cacao’s traceability and strain for Cacaosuyo.

The Genetics Of Flavour

Genetics, strains, regions of cacao play a major role in Cacaosuyo’s chocolate. Each cacao variety found by Cacaosuyo is brought to its dedicated lab for analysis. Here, Cacaosuyo classify each strain, allowing discovery of new flavour profiles and rare varieties, as well as assuring quality of cacao.  Such close attention to detail preserves the flavours of rare cacao that could otherwise be lost to more modern or inferior varieties

Cacaosuyo In The Chocolate Library